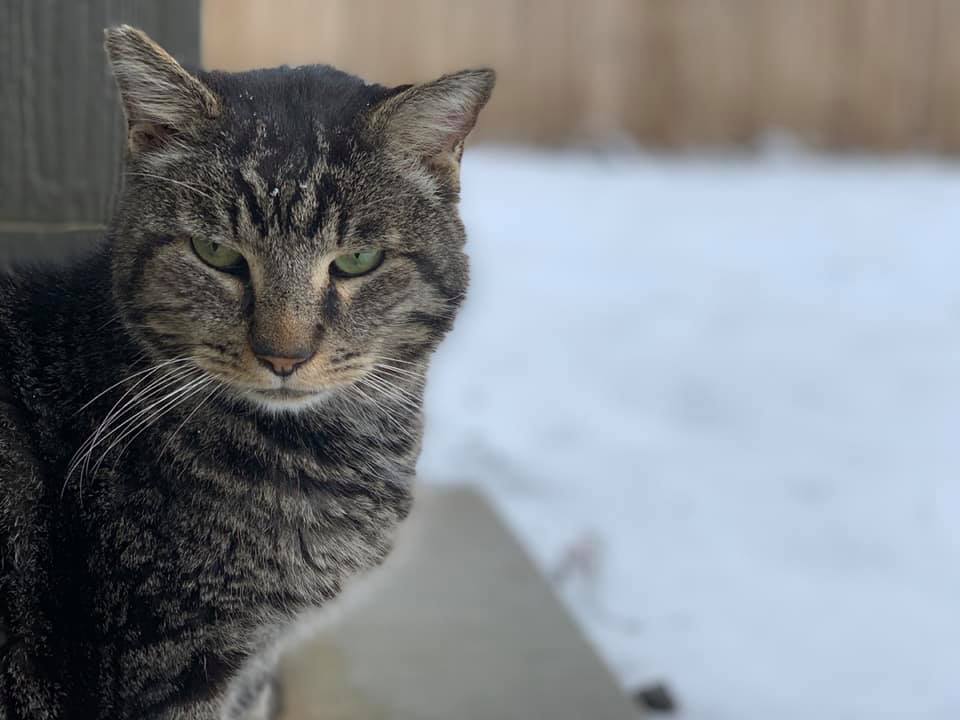 Fluffs exploring our snow covered back yard for the first time. This picture was taken two days before he passed away. Though he looks strong, his kidneys were close to shutting down and he was pretty weak.

I called him my puppy, because he followed me around the house.

I held Fluffs in my arms today and said good-bye to him. He was with us for just over two years, but we were really his for about twice as long. We couldn’t bear to leave him behind in L.A. so we brought him with us. He became an indoor cat with the rest of his siblings. We think that he was happy, but he longed to be outdoors.

What was it about a seemingly periphery pet that dug so deep in my heart as to leave such a hole now that he is gone? He was a protector with a wicked stare, but at heart he was the sweetest cat.

It would be sinful to say that his short life did not impact mine. He was slow to anger even when encroached by any of his seven other siblings. He played hard, slept well and loved us deeply.

I am deeply saddened and since this afternoon when we said good-bye I will suddenly feel a tightness build up in my chest, and my eyes swell with tears even without thinking of him. It’s like my body knows that something is missing. I want to mourn, but I want to also celebrate the memories, the love and kindness that he filled my heart and home with.

I love you Fluffs!

When I wrote this, I was listening to this:

A cover of Timbalada’s ‘Beija Flor.’ It’s a love song about a man who has to leave his lover, and sings about longing to love her and keep her close. It’s sad, yet recognizes the celebration that is love