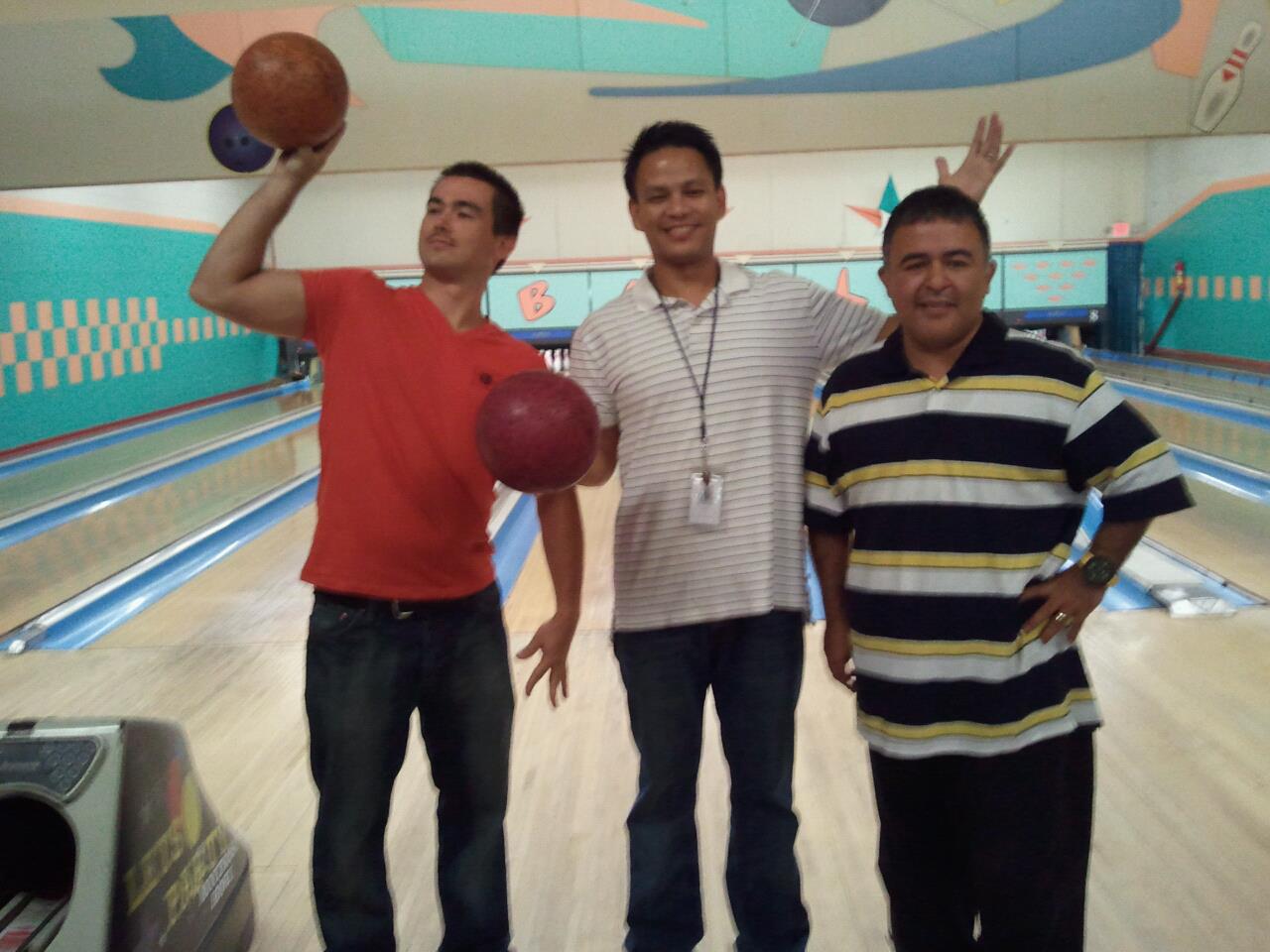 In Fall of 2011 Montrose Travel hosted a company party across at Montrose Bowl. I decided not attend as I didn’t know very many people, but Tully convinced me to. Thank you for your friendship Tully.

I lost a freind this week

I heard the news from Jeff on Wednesday night. “Tully passed away”. I felt a knot in my throat when I read his message and a my heart sank. The feeling took me by surprised because it had been years since I’d heard from Tully (or about him).

I met Tully the day I started working at Montrose Travel in April of 2011. He was the first person to introduce himself to me that day. Tully had a habit of taking short breaks during the day and walking over to interrupt anyone who looked busy. He walked over to my cubicle dressed in kahki Ben Devis pants, converse and a black tshirt with a “Skate or Die” print on it. He stretched his hand to shake mine and asked “are you the new guy?” We made small chat. He told me that he was the PHP developer, I told him I that I was a web designer and after giving me a 2 minute crash course on who was who in the office, he walked back.

His first impression didn’t live up to his talent. Months later I learned that he had accepted his position with the condition that he be allowed to use Linux instead of Windows. He loved his work and he was good at it. I recall an instance looking over his sholder at how he moved around the screen using nothing but his keyboard. He told me that when he was 13 he had decided that he wanted to learn to use Vim and so he decided to stop using his mouse until he could navigate a computer with only a keyboard. He did. Tully is the reason why I use Vim today–though much slower and not as elegant as he.

The accident was logged at 12:11pm on Saturday, July 10, 2021. It’s the only fatality on that day in that strech of hwy. I keep thinking about the minutes leading up to 12:11pm. He was alive at 12pm, and at 12:12pm he wasn’t. What was on his mind moments before it happened? I have felt sad for the last few days because of it. At the same time, there is a part of me that feels jealous because now–this very moment as I write this post he knows. Tully knows the answers that allude me. He knows the answer to the question about the existance of God, what happens after you die and more.

I am sad. Though Montrose Travel was and will always be a toxic memory, there was a period of time when we were siblings; Jeff, Mike, Hanson, Annabel, Kelley, Tracy, Nay, Liza, Kristy, and Tully. Rest in peace my friend.

When I wrote this, I was listening to this song

Your passing has made me feel like this song.